Robinson Helicopter Company have just announced their intention to introduce the new 2 seat version of the Robinson R44, to be named the Robinson R44 Cadet. This will be a lighter and more efficient version of one of the most popular helicopters in the world today. Prices start from $339,000. 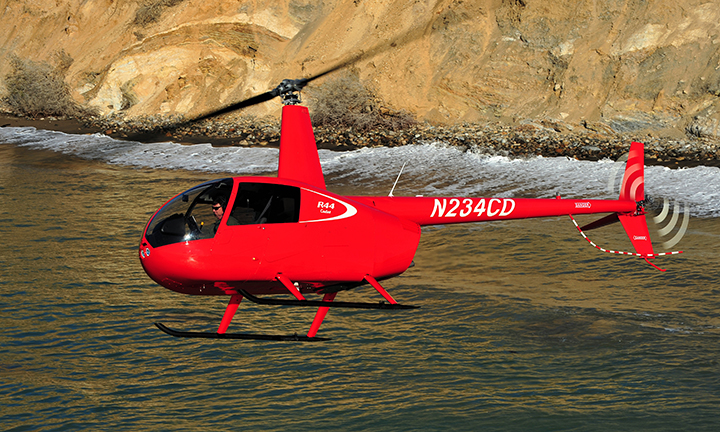 The Robinson R44 Cadet will have 2 front seats with the original R44 rear seats having been removed, providing plenty of space for cargo in the rear of the helicopter. The R44 Cadet is anticipated to have 300nm maximum range and a maximum operating altitude of 14000 ft. The R44 Cadet will be equipped with the same basic airframe, rotor system and Lycoming O-540-F1B5 engine as the R44 Raven I; however the maximum gross weight will be 2200lb and the engine power derated to 210 HP takeoff / 185 HP continuous. This helicopter can efficiently be used for training or utility operations, and will have a variety of optional equipment available including Air Conditioning, Autopilot and avionics packages. FAA certification is well underway and expected before the end of 2015, with EASA certification process to begin following the FAA approval. 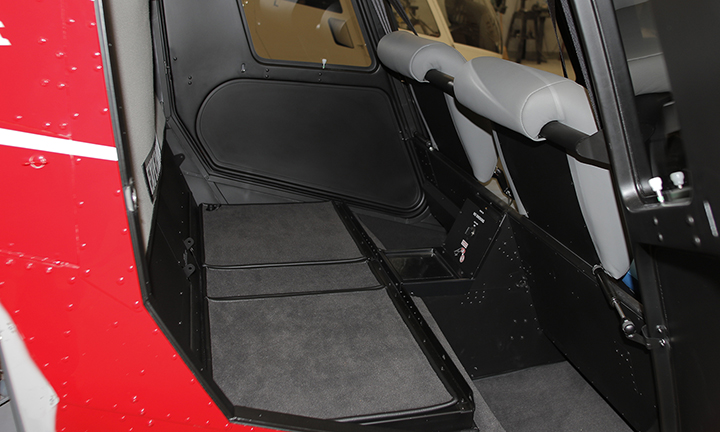 The cruise speed will be one of the best in class for a 2 seat helicopter at 110 kts, whilst offering a 300 NM maximum range with no reserve. This gives an amazing 489 lb (268kg) pilot, passenger and baggage capacity with full fuel. The newly designed muffler reduces the R44 Cadet’s flyover noise signature to more than 3 decibels lower than the current R44 Raven I.

The lower weight and derated power provide increased performance margins at high altitudes and extend the time between overhaul from 2200 hours to 2400 hours.

Buying a new Robinson R44 Cadet is made easy with Heli Air. Call our helicopter sales team today for further details about how to buy an R44 Cadet, and for any friendly, professional advice about which helicopter may suit you best. The price of a new R44 Cadet is significantly lower than the R44 Raven I and makes this a hugely versatile 2 seat helicopter.

Please contact Brian Kane for more details on +44 (0) 7831 762 500 or brian.kane@heliair.com. if you are interested in used or pre-owned Robinson R44 helicopter sales, please click here or call the number above.

We use cookies to ensure that we give you the best experience on our website. If you continue to use this site we will assume that you are happy with it.Ok